So this is the second time of telling this story because there is no auto save lol and this is the story of what happened to Mats Möllerstöm.

You may remember Mats the "fine gold recovery expert" from Sweden, he had his own mine and the gold was so fine he had made his own version of a highbanker called the Mats Lowbanker.

Aw it had me smitten and I wanted one along with a bag of dirt to test with and duly paid what he asked for which was 3500kr or something.

So I waited for my bag of dirt to arrive, Swedish post is slow. Not USPS slow but really slow and took about a month for the dirt from his mine to arrive and I paitently waited for my new high/Lowbanker from our Mats and he the updates slowly stopped and upon asking he I forms me that at his day job there was a mix up with an order of materials and I would have to wait a little longer. That came and went and I was then informed that he has had a work place accident and almost lost a finger, thankfully he was ok but a little longer on this Lowbanker now.

So after July I got no updates from mats until the middle of December 2021 when I get a message out of the blue from a stranger who was send a screenshot of me giving Mats grief on Facebook.

Turns out the stranger who messaged me was a man from England who has a mine in Finland but was currently in Africa hunting pirates. #13th best seller on Amazon at the moment his name is John Steele.

He goes on to inform me that Mats is the greasiest bugger going and it hated by the whole village for how greasy he is.

Turns out Mats used to work in a mine and was fired from this mine and the dirt I had received was stolen in the night by mats in a plan to appear more legit and to get that sweet, sweet Lowbanker paper and John sent me Mats real address and auld Mats was caught breaking into a trailer on a trailer park and John has taken it upon himself to exact justice and maybe my now lost funds but I am fine with losing the money because I made a new friend and finally ngot to the bottom of what happened to Mats.

He stopped messaging because he was caught robbing a trailer, Cannae make it up haha. 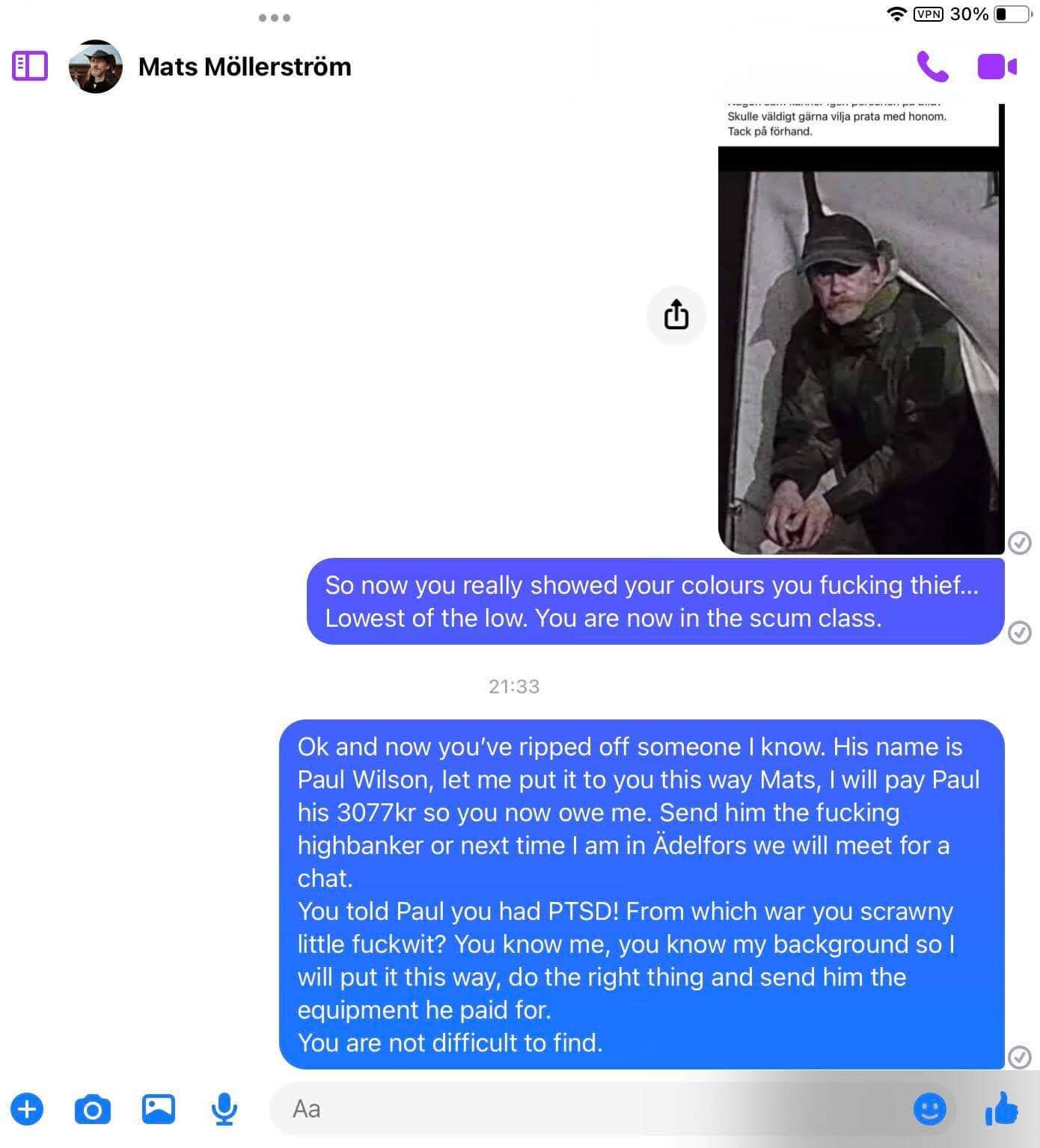 You need to be a member of Goldprospectorsspace to add comments!

This reply was deleted.